As with the maternal pelvis, the fetal head is made up of various mobile bones that form a variety of shapes and sizes. Because babies’ heads move in different directions, both on their bodies, and in relation to the mother’s pelvis, I’m going to break down the different ways we describe the fetal head. 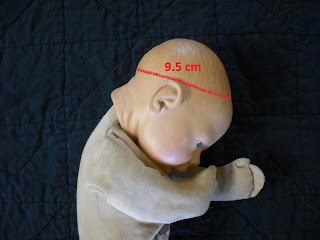 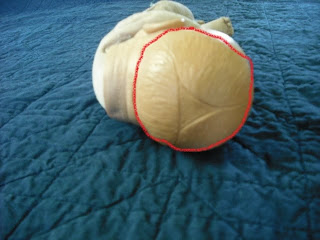 Complete Flexion: this is the optimal position for a baby’s head to be in. The angle of the head and neck are less than 90 degrees, baby’s chin is tucked well into it’s chest, and the very back of the head presents first. The diameter of a completely flexed head, the suboccipitobregmatic diameter, is measured from just below where the occiput starts out to the center of the front fontanel. This diameter is about 9.5 cm 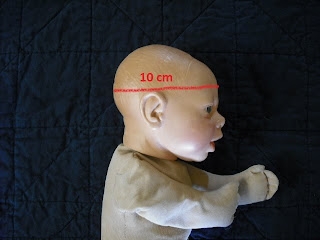 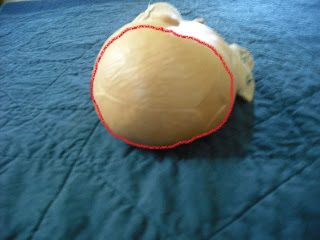 Moderate Flexion, or Military Attitude: with the military attitude, the baby’s head and neck are at a 90 degree angle, as if the baby is looking straight forward. The diameter of a military attitude, the suboccipitofrontal diameter, is measured from just below where the occiput starts to about the center of the forehead. This diameter is about 10 cm 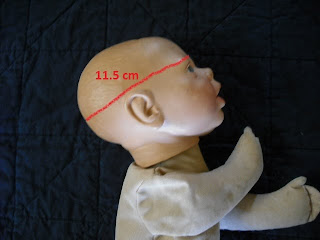 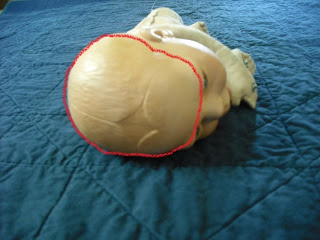 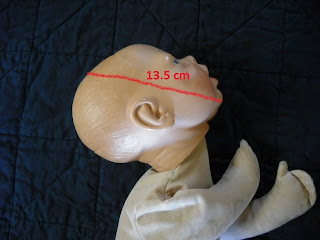 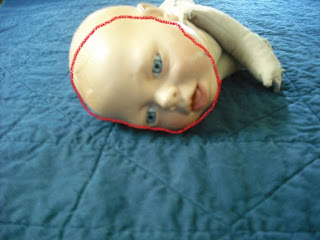 Hyperextended, or Face/Chin Presentation: this attitude has the baby’s head tilted way back and can be referred to as “star gazing”. The diameter of a hyperextended attitude, the mentovertical diameter, is measured from the tip of the chin to the highest point on the back of the head on the vertex. The diameter is about 13.5 cm.

As you can see, the variation in diameter of the fetal head is great in relation to how well flexed is the baby’s head.

So, can an unflexed head still fit through the pelvis and birth canal? Though it often takes more time and effort, yes, an unflexed head can still fit through!
Many pregnant women cringe when they think about pushing out a newborn baby’s head through their vaginas. How could something so large come out of something usually so small, they may wonder. While the majority of that topic can be turned into a blog post all on it’s own, for the sake of this blog post on OFP, we will discuss how the baby’s head can change size in order to fit through the mother’s pelvis.
We’ve already talked about how the attitude of the baby’s head alters the diameter of the presenting part. But, what if the baby comes down in one of those suboptimal positions, or what if the baby really does have a large head? The wonderful thing is, we were designed to deal with this as well. Just as the maternal pelvis can expand to allow more room, the fetal head can contract to take up less room. 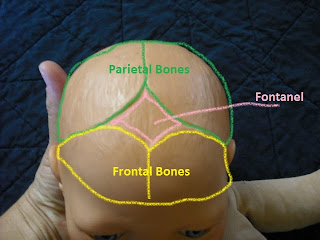 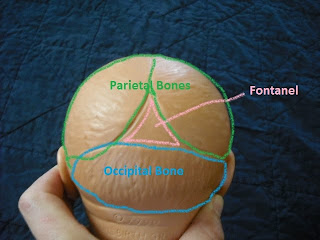 The adult human skull has a static shape – it is not going to change unless the bones are broken. But from fetus up until eight years of age, the sutures between these bones have not yet fused. These unfused bones and the fontanels, or small gaps, between the bones, create a skull with the ability to shift, bones overlapping bones, reducing the diameter of the skull. This ability can even allow a malpositioned baby to fit through his mother’s pelvis. I’ve seen some pretty amazing coneheads in my practice! The ones that are always so amazing to me are those that cone at an angle, or off to the side of the baby’s head. It amazes me that we are able to adapt so well; that vaginal birth really is very accommodating!

Fetal head position is different than the attitude of the head. The attitude deals with moving the head up and down from the neck. Position deals with the direction in which the head (and the body that follows) is facing. 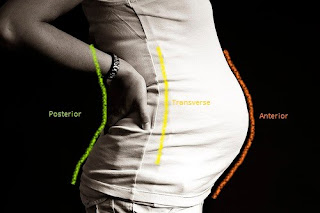 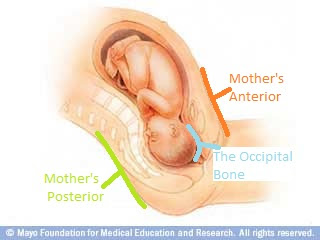 The various fetal head positions are as follows:

you are so brilliant in explaining this concepts in simple terms! It is indeed enlightening!

Excellent! !
Thank you very much.Keep it up

Thank u .u make it simple with doll